The term architecture generally means the practice of designing or building something. Software architecture is the process of using operational and technical requirements, and designing a solution that optimizes things important to the system like quality, performance, security, and maintainability. If we envision what is needed to build software, it is similar to the process of constructing a building. In the latter, architects first start by selecting a site. It is then cleared by creating a solid foundation. Architects and workers then erect the building's core structure, build the floors, level by level; interconnect the entire building with wires and plumbing, and finally finish off the interior and exterior of the building.

Software architecture also goes through a similar process. While building a software, the architects have to first choose an environment, infrastructure and frameworks that fits the requirements. Choosing the correct environment and infrastructure creates a foundation, on top of which the entire software works. After the foundation is set up, developers start building various layers and pieces of the software, which are then interconnected so that data can flow across of the layers. In this entire process, the architecture of the software is the most important part as it builds the core foundations of that software.

Over the years, the software industry has seen a tremendous change in the way, software has been built. New techniques have evolved, which have helped solve problems. Let's take a look at different types of software architectures. 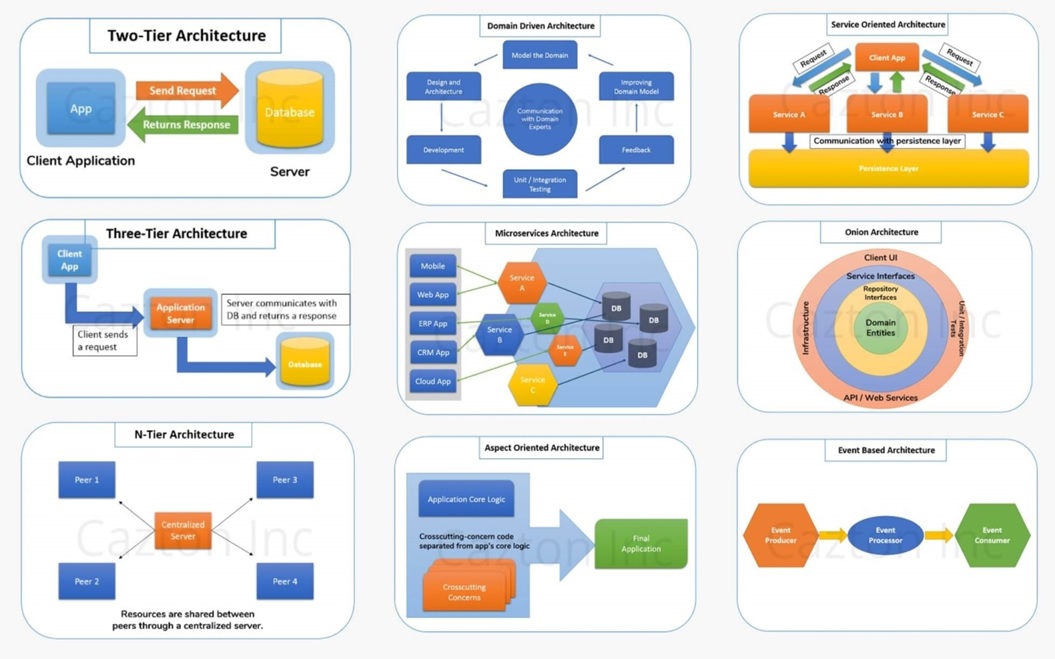 Please note that, the applicability or implementation of all the above-mentioned software architectures depend on various factors. One has to accept the fact that an architecture used in developing Software A may not be applicable in developing Software B. We at Cazton, have experts who have decades of real-world hands-on experience of implementing these software architectures and design patterns in a wide variety of software projects that are modular, maintainable, testable and futuristic.

Want to know more about our Software Architecture Consulting services?